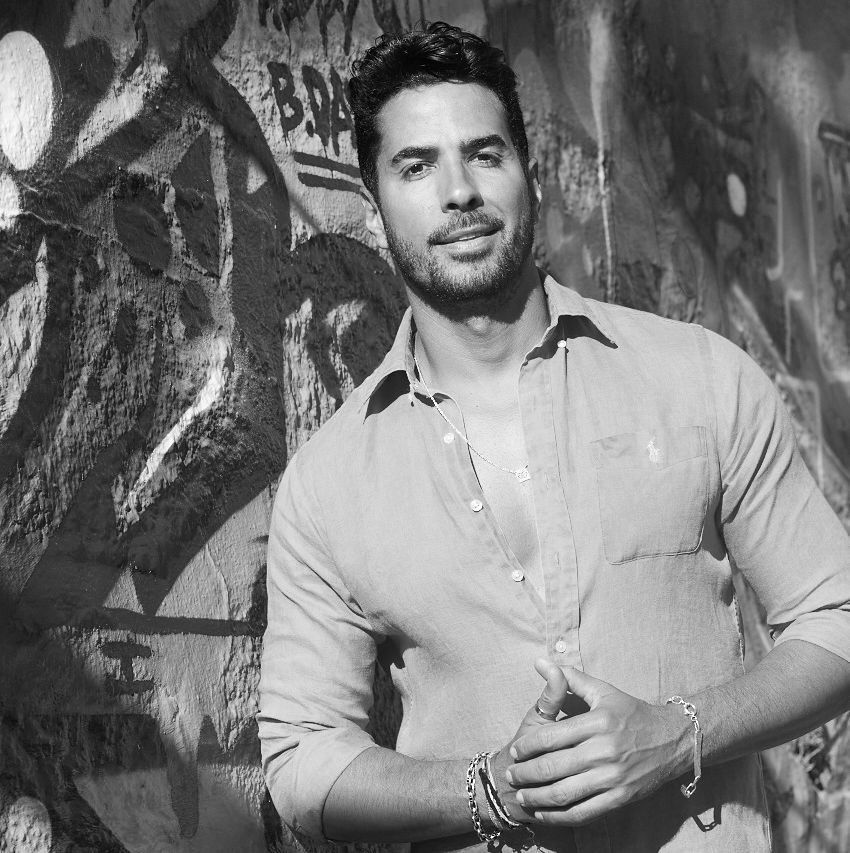 Once named by People magazine the “sexiest artist alive,” Javier Gomez reflects on the influence of his grandmother.

Furniture designer and fine art photographer Javier Gomez has a way of emerging from crises—be it financial collapses or global pandemics—with renewed purpose and verve. This resilience began to take root some four decades ago at his family home in Panama City, Panama, with the loving guidance of his paternal abuela, Alicia Lopez, an endlessly inspiring presence throughout his childhood and adolescence in Central America. “I’ve been very spiritual since I was a little kid,” Gomez says, “and that’s thanks to my grandmother.”

Alicia, who lived just 10 minutes away from the Gomez household, was a schoolteacher who earned degrees in philosophy and literature at the Universidad de Panamá at a time when women were not expected to achieve anything beyond wifedom or motherhood. And although she was a devout Catholic, Alicia had an open mind about the occult, sometimes using her hands to alleviate someone’s pain, much like an energy healer. “She was an incredible woman and always talked about the power of God, the power of intention, the power of inquisition,” says Gomez. “She changed a lot of lives.” He was referring to all the students who benefited from her wisdom, adding that many of them came to visit her long after they’d finished their primary education. Yet surely one of the lives she changed the most was her grandson’s.

In 2008, not long after moving to New York, Gomez was building a name for himself as an event planner when the economy suddenly crashed and clients disappeared. “No one was spending money or celebrating anything anymore,” he recalls. “A lot of people went through a massive life change, including myself.” He turned inward, having frequent, soul-searching conversations with Alicia and spending time in a Buddhist monastery in Florida trying to answer the very open-ended question, What am I supposed to be doing? Although Gomez felt some trepidation about making ends meet in the creative world, he decided to embrace his longtime passion for photography. 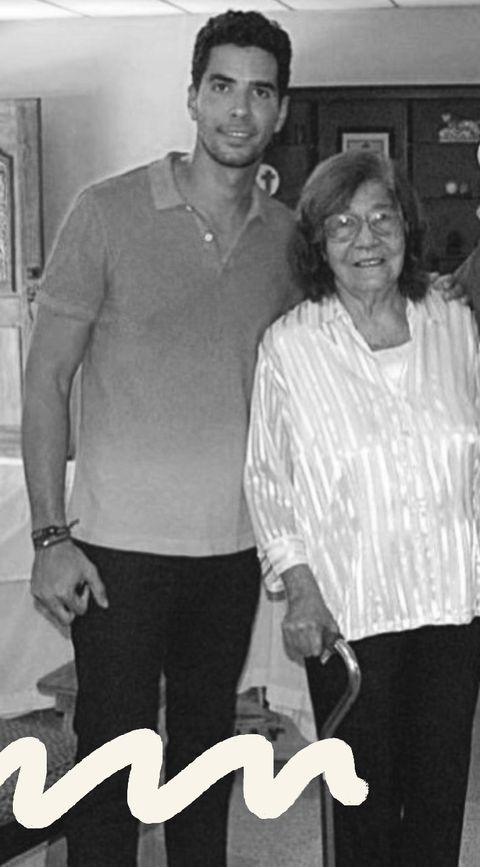 He began shooting closeups of architectural landmarks and natural landscapes, turning them into abstract images that would eventually catch the attention of brands like Bulgari and Fendi, with whom he has collaborated over the years. But that was only the beginning of a multifaceted career, one that continues to evolve as he burrows even deeper into the self. “I believe that we are all one and that we have the power to affect others,” he says, adding that his biggest aspiration is to “heal through art.”

In 2016, Gomez made his first foray into furniture design with a line of diaphanous Lucite tables inset with mandalas, circular diagrams considered sacred in Hinduism and Buddhism. These limited-edition end tables, which contained kaleidoscopic photos of flowers taken by Gomez, earned him a “rising talent” award at Maison et Objet Americas. His work also caught the eye of People magazine, which at one point named him the “sexiest artist alive.” 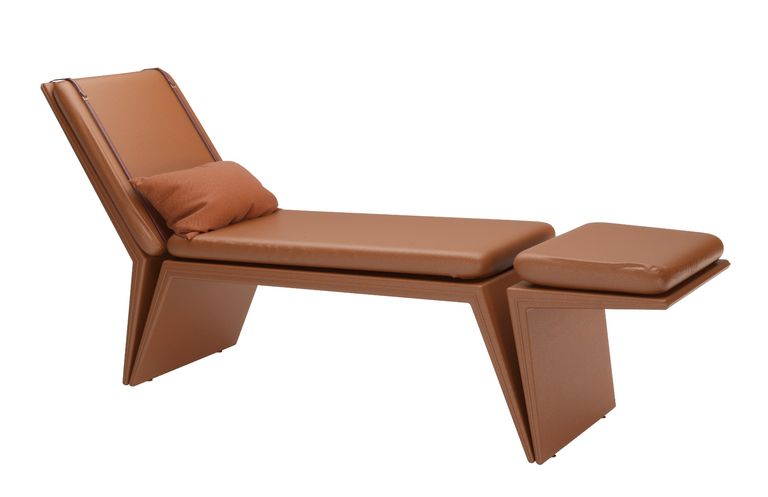 Emboldened by the accolades, he launched a collection of curvaceous armchairs and sofas with delicate wooden frames. To make these pieces, the designer sourced walnut, oak, and ash wood from Portugal. It was there, during one of his many work trips, that the pandemic found him. He ended up living in the Iberian Peninsula for nearly two years. “It was a very interesting change, coming from New York, always running around, to this place that reminded me a bit of Panama, with nature, trees, peace, and quiet” he says. “It got me centered. I was able to develop my line, my company. Everything became better.”

These days, Gomez is splitting his time between Lisbon, where he’ll soon represent Portugal’s APIMA design trade association at Maison et Objet, and New York, where a Panamanian film crew has been following him around ahead of the debut of a documentary about his multihyphenate, peripatetic life. “In the future, I hope to have a scholarship for talented kids in Latin America and beyond,” Gomez says, “helping them achieve their dreams.” His abuela Alicia, who was in her mid-90s when she passed away in 2018, must be smiling down from the heavens. “To this day I’m inspired by her ingenuity, her affection, and her connection to God, which guides me in my professional and personal life.”

This story was created as part of From Our Abuelas in partnership with Lexus. From Our Abuelas is a series running across Hearst Magazines to honor and preserve generations of wisdom within Latinx and Hispanic communities. Go to oprahdaily.com/fromourabuelas for the complete portfolio.

Paola Singer is a Uruguayan-American journalist who writes about culture, design, and architecture for ELLE DECOR, the New York Times, and Condé Nast Traveler, among other publications.