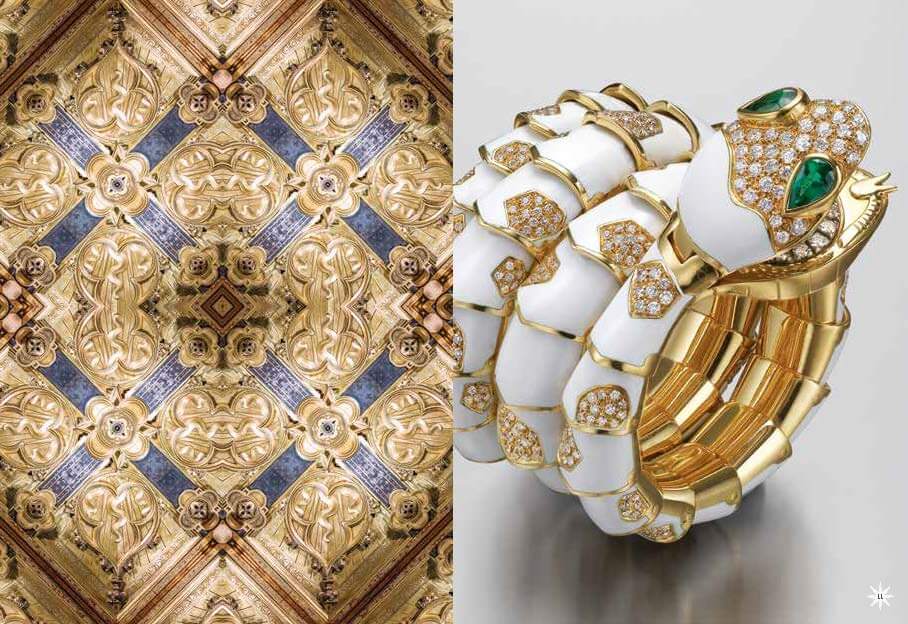 With the exception of the Antarctic, snakes are found across every continent and in every habitat. This animal has featured in the collective imagination ever since the time of classical mythology and right up to today’s Hollywood blockbusters. Various different cultures and societies have attributed magical characteristics to the snake. A symbol of transformation due to the shedding of its skin, it provokes fear and reverence due to the powers of its poison and has come to be seen as a sign of beauty, with its glossy scales and sinuous movements. Asclepius, the Greek god of medicine, was often depicted holding a snake-entwined staff, as in mythology the animal was considered to bear healing powers. In China, the deities Nuwa and Fuxi both have the tail of a serpent: this symbolism has been interpreted as the animal’s ability to link the earth with the heavens. For its part, Australia has the Rainbow Serpent, which rose out of the bowels of the earth during creation: even today, a rainbow is believed to be a sign of the snake moving from one place to the other, in quest for water an fertility. The feathered serpent of Mesoamerica, half bird and half rattlesnake, is also known Quetzalcóatl, the god of wind, rain and life, creator of the cosmos and of Humanity: the Native Americans saw invaders as the reincarnation of the snake deity and decided not to fight him, but to surrender instead. Traditional societies have always respected the negative, dark side of the creatures that they worshipped, in the knowledge that snakes could become truly lethal if provoked. The passion that exists between a woman and a snake is innate to every female creature; faced with a snake, a woman feels both fear and attraction, drawn to it like a magnet to a seam of iron in the depths of the earth, as in any love story worthy of the definition “never ending”. This special bond goes beyond historical eras and cultures, and has never been understood in a rational sense; its icon is the Bvlgari serpent with its scales, gemstones, and gold coiled taut around human, female skin.